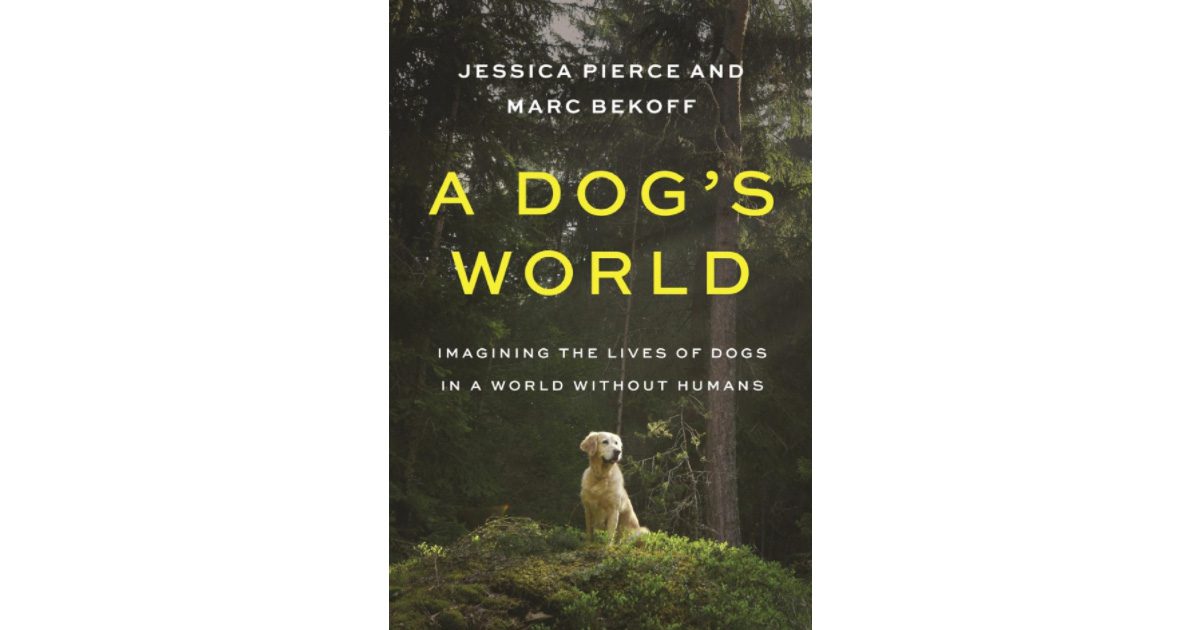 This book is an imaginative analysis of what might happen to the 800 million to one billion dogs in the world if humans suddenly disappeared. Still, there are probably few better scholars to describe and flesh out this imaginary dog’s world.  Both authors — Jessica Pierce and Marc Bekoff — have already had prolific publishing careers.  Marc has produced over thirty books on animals, particularly on canids, while Jessica has had ‘only’ ten books published (but Marc has been around longer!).  In addition, the authors acknowledge input and advice from Mark Derr, who is also a noted and self-taught dog expert.

The authors indicate they hope to dispel the idea that dogs are “unnatural animals on the planet and that only ‘natural’ animals are worthy of study.”  Dog behavior, they argue, is just as exciting and worthy of study as the behavior of their wild canid cousins. And dogs are omnipresent across the globe, so we all could engage in such behavioral observations and studies if we are so inclined.

The authors note how successful dogs have been in ‘their’ evolution.  While there may be 1 billion dogs in the world today, there are only around 300,000 wolves, the species from which they evolved.  Dogs may be the most successful mesocarnivore ever, beating out their closest competitors, the domestic cat, by several whiskers.  Dogs have achieved this success by observing and fitting into an ecological niche provided by humans and developing remarkable abilities to “read” humans and elicit human nurturing.

The authors outline several consequences for dogs of the sudden disappearance of humans.  The first post-human generation would probably not do very well.  The brachycephalic breeds would likely disappear quickly.  But it is not clear what advantages or disadvantages might be conferred for dogs of different sizes.  However, we know that dogs currently living on the street tend to be concentrated in the 30-60lb range, and the post-human dog will likely trend towards a medium size.

But we still know relatively little about the behaviors and reproductive success rate in the free-roaming domestic dog.  Only a few people (Marc Bekoff is one) have spent much time studying free-roaming dogs.  Therefore, in addition to referring to what we know from these studies, the authors also have had to draw inferences from the growing literature of homed dogs to speculate on what might happen to dogs if humans suddenly disappeared.  They hint at a probable fall in global dog numbers in the absence of humans who are now providing food and shelter.  For example, one recent study (2014) of street dogs in two low-income communities in Bali and two in South Africa found that over 90% of the dogs were claimed by a particular household.  These dogs spent most or all of their time on the street but were generally in fair to good condition.  The few dogs that were not claimed by a particular household were all in terrible shape.  The street dogs in these four communities were receiving substantial support from humans.  Human support is likely a critical factor in the success of street dogs in other parts of the world as well.

The authors range widely across all topics canine and provide an interesting, if speculative, assessment of the future of dogs in a human-free world.  I suspect anybody interested in dogs, shares their lives with a dog, or both will find this a fascinating and stimulating read.

In closing (and somewhat boastfully!), our current canine companion, Abby, is the spitting image of the authors’ suggested proto dog of a human-free world.