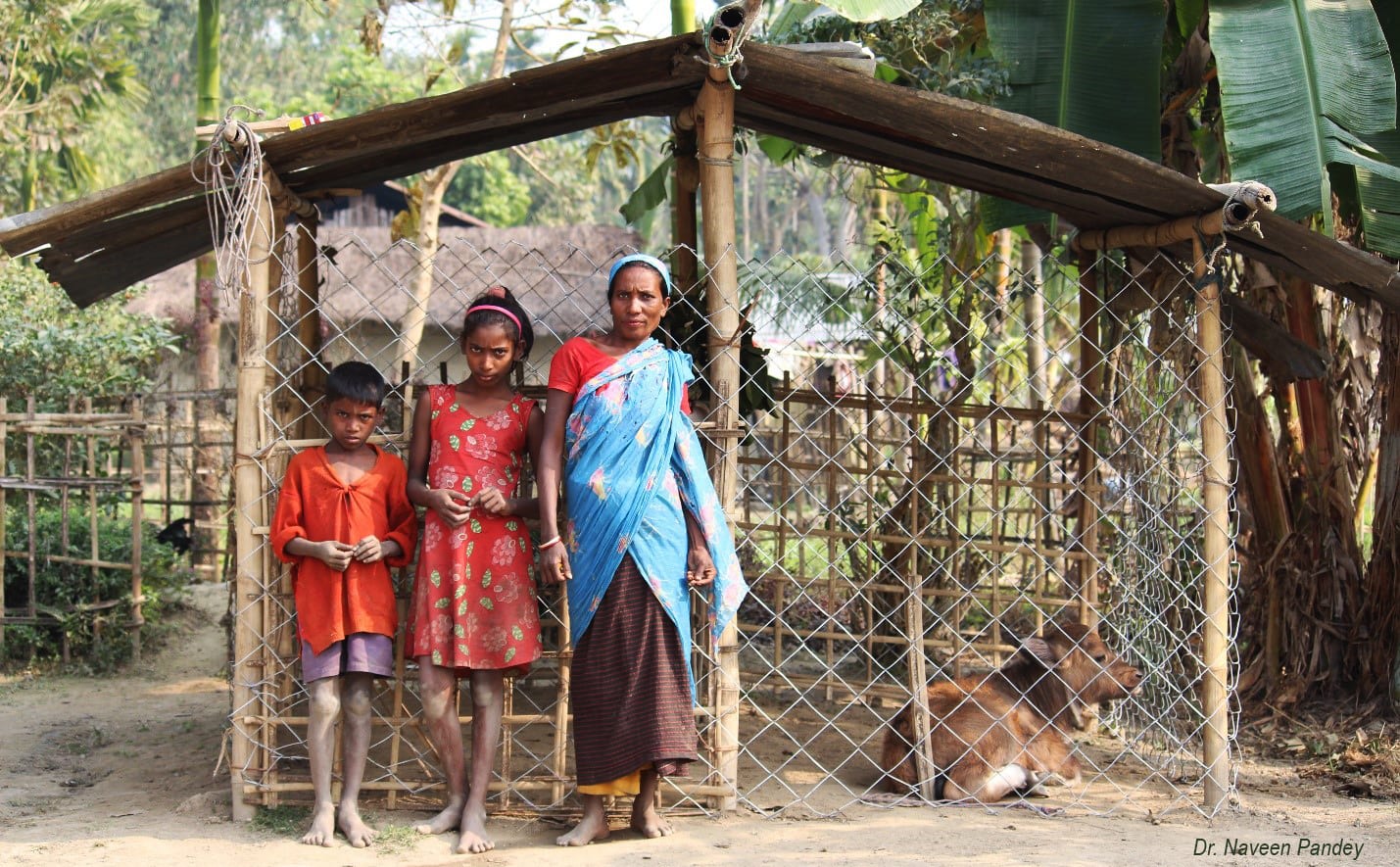 May 15, 2020 Going Beyond Symptomatic Treatment: Adopting One Health in India

Posted at 05:34h By Naveen Pandey, MVetSci
The advent of a mild winter was in the air around Kaziranga National Park, a UNESCO world heritage site nestled in the north-eastern corner of India. The mighty Brahmaputra River was returning to its normal course of flow after a massive episode of annual flooding. The floodwaters in rice fields and villages had receded. The inhabitants of the villages dotting the southern boundary of Kaziranga National Park expected a few months of peace. But it was not to be. My team started receiving numerous calls to attend to livestock that had sustained injuries inflicted by large cats, probably tigers.
It is unusual for a tiger or a leopard to injure domestic animals, even though they would periodically explore some of the villages on the fringe of the park. But in this case, the big cat tended to visit one section of the village more than the rest. We set up 22 camera traps to identify the big cat and determine, if we could, why s/he ventured out of the park so often. Images from the camera trap established that it was a solitary tigress. To our relief, there was only one carnivore – the tigress frequenting the village – out of the nine species of mammals captured by our cameras. We informed the National Park authorities who increased surveillance, and that simple action prevented further livestock deaths and injuries.
As a conservation medicine professional, working at the interface of human-wildlife-livestock interactions, I come across such cases quite often. In a developing country like India, we invest considerable effort in attending to the outward clinical manifestations or symptoms while mostly ignoring the role that traditional human behaviors and practices play in conflicts with wildlife. A snowballing human population, increased competition for resources and a dynamic socio-economic environment have resulted in the rapid alteration of habitats across India. A proportionate rise in the livestock population and the dwindling habitat for wild animals have led to more frequent, more intense and more unpredictable interactions between wild and domestic animals. Every day, infectious diseases affect the health of wild animals, livestock and environment, but addressing such challenges requires a deep and nuanced understanding of human sociology and psychology – something that might be termed landscape epidemiology. 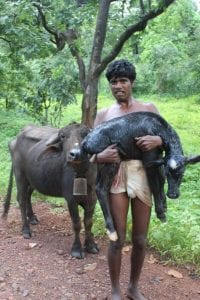 While establishing a cattle immunization protocol for various diseases around the tiger reserves in Kanha and Bandhavagarh in the Central Indian highlands, I had to learn about social customs in rural India. Applying the concepts of landscape epidemiology required a deep understanding of the norms, values and traditions of the rural communities. A relatively simple initiative to immunize cattle must first identify the decision-making processes of the rural community and then engage the appropriate local rural animal health practitioners. Such an interdisciplinary approach, in partnership with the Forest Department employing traditional communication methods, helped my team deliver appropriate immunizations for local livestock.
While we were able to overcome the initial difficulties of village headmen prohibiting immunization administration in the entire village, there were many other areas of concern which needed urgent attention. For example, the traditional weekly cattle market is a major threat to immunization barriers. Large numbers of cattle with unknown immunization status are traded every week. Having mixed with many animals at the market itself, these traded animals are then brought into the villages where we had expended considerable effort to protect local livestock against disease. The arrival of potentially unvaccinated livestock, brought from outside the region to villages adjacent to tiger reserves, could introduce disease in not just domestic animals but also to the wild animals in the reserves.
Hundreds of cattle routinely venture into forests adjoining villages in India. They pick up ticks and tick-borne diseases from the forests. In order to prevent and treat such disease, villagers use vast quantities of drugs like deltamethrin (an insecticide) and ivermectin (an anti-parasitic agent) either in injectable or topical preparations. The cattle treated with these medicines then go back to the forests, where their dung contaminates the soil and streams with drug residues. These residues adversely affect a large number of invertebrates in the forest, especially vital dung beetles. Veterinarians should help address such anthropogenic environmental disturbances and should encourage livestock keepers to stall feed their animals in the villages rather than letting them roam into the reserves. The continued dispensing of acaricides to cattle owners is not a sustainable solution.
After two decades of active engagement with the livestock keepers, park managers and social scientists, I would highlight three issues which require thoughtful deliberations within and outside the veterinary fraternity: The poor understanding of animal suffering in rural India, the inconsistent disease surveillance across states and poor communication between essential stakeholders. All three are risks for ecosystem health.
India has made substantial progress in animal welfare policy in recent decades, but most of the changes are concentrated in urban environments. In rural areas where approximately 65% of Indians live, many social customs, rituals, taboos and old-style farming practices compromise animal welfare. These practices have their roots embedded in rural traditions. In order to increase rural awareness and behavior change, we must develop closer working relations with relevant social groups, social scientists and decision-makers. We will continue treating symptomatic indicators only until we develop a deeper understanding of the reasons for particular social norms and practices.
Poor disease surveillance culture and systems, in both veterinary and human medicine, indicate our lack of focus in getting an in-depth understanding of the underlying causes of such manifestations. An inconsistent effort is seen in different states of India to identify disease in domestic animals; however, the record of disease surveillance in wild animals is even poorer or non-existent. Those of us who are conservation veterinarians need to stand up to the challenges of addressing ecosystem health and reach out to different disciplines for a cross-fertilization of ideas.
A deeper understanding of the interconnectedness of all living things and the environment must be at the core of finding appropriate solutions to protect people, animals and the environment.
Dr. Naveen Pandey currently serves The Corbett Foundation as its Deputy Director and Veterinary Advisor in Kaziranga, northeast India. He is involved in applied Landscape Epidemiology for disease control and human-wildlife conflict mitigation around the tiger reserves in northeast India.
Print page