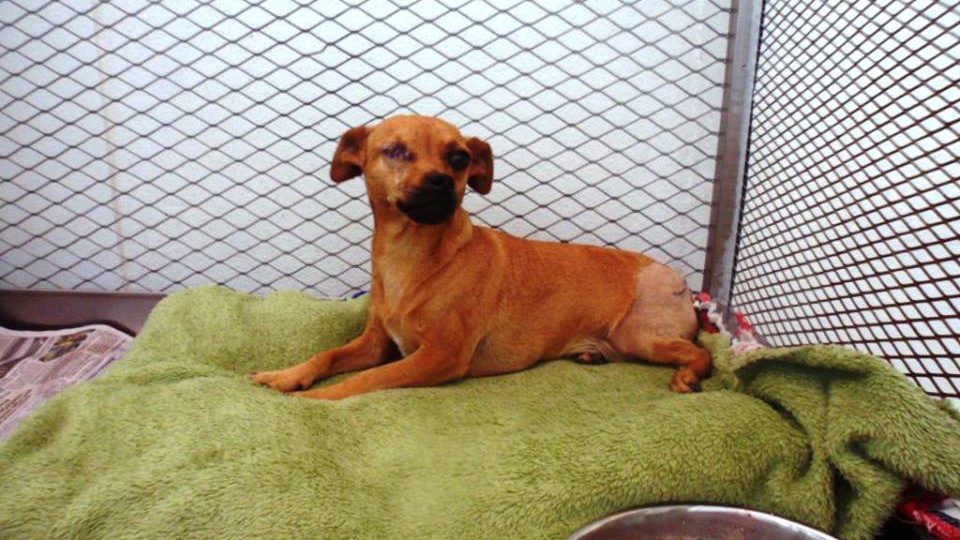 Feb 14, 2019 A Valentine Message From Valentina

Posted at 08:55h By Andrew Rowan and Kathleen Rowan 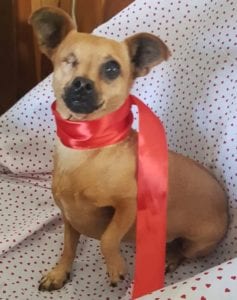 “Brave Valentina is our CIO (Chief Inspiration Officer) because her fight to survive and the joy of her new beginning touch us deeply and make us think about what is possible for desperate animals around the world.”

No matter how bleak things may sometimes appear, never underestimate what wonders the universe may have in store for you.
You never know when the universe will send new light and love into your life. For proof, look no further than the story of a little dog in Costa Rica who came to be known as Valentina. Early one morning, a large truck struck her as she attempted to cross a busy road. She apparently had no caregivers, nor did the driver who struck her stop to help. Thankfully a kind, the observant soul took time to contact Asociacion Humanitaria Para la Proteccion Animal (AHPPA) and help was instantly on the way.
AHPPA staff members were expecting the worst. Small dog… large truck… how could that scenario possibly end well? Miraculously, though, Valentina was still alive when they found her.
She was lying on the side of a partially dry river in the middle of a puddle near a pipe, and clearly in a state of shock. Only a few more minutes and she would have drowned from water coming through the pipe if AHPPA staff had not come to rescue her. They carefully transported her to their clinic, where AHPPA doctors worked together to gently bring her out of shock and put her on IV fluids to strengthen her for surgery the next day. Though the accident caused Valentina to lose her right eye, her spirit still shone brightly. “She was ready to fight for her life,” staff members report, “and so were we!”
Initially, Valentina seemed skeptical of human contact. And who would blame her? Thus far, someone had abandoned her and someone else had committed a hit and run that nearly cost her life. But AHPPA staff talked with Valentina and comforted her, giving love and assurances until she finally decided that humans can be good. Along the way to winning Valentina’s trust, staff realized they had become too fond of her to part with her, so rather than putting her up for adoption, they decided to welcome her as a permanent family member of the AHPPA staff.
Print page