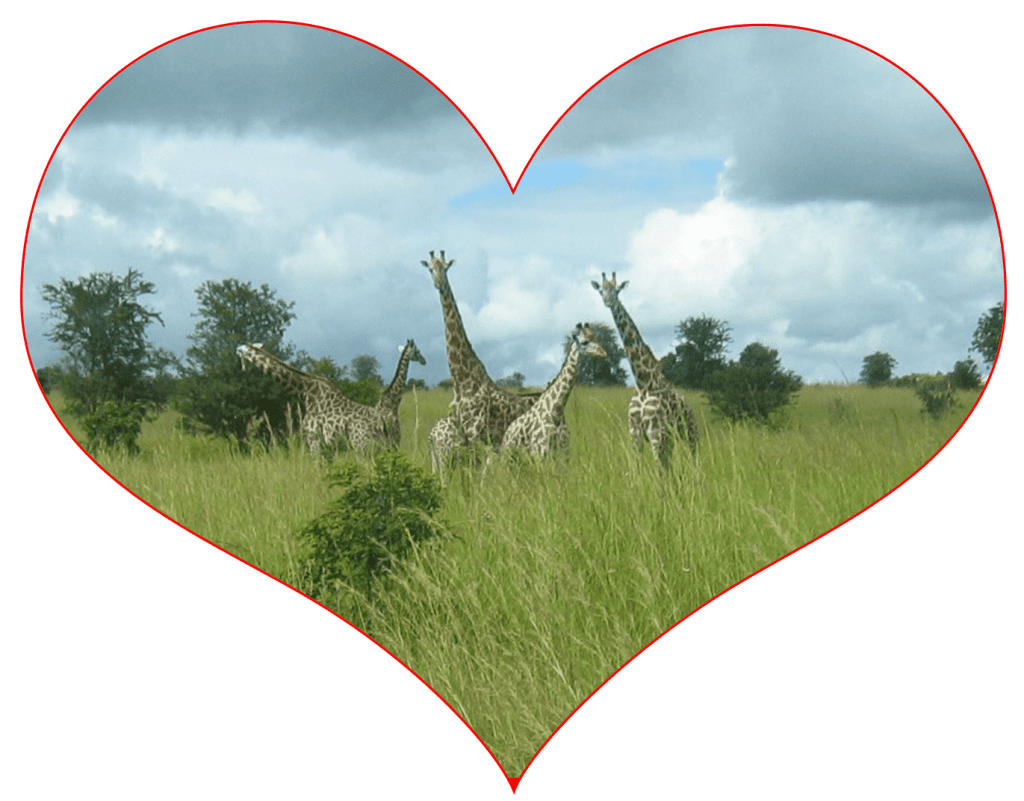 Last year, WBI celebrated Valentine’s Day with the story of a rescued dog in Costa Rica named, appropriately, Valentina. This year, we would like to send a Valentine’s Day message to Mother Nature for putting up with humans and providing us the resources to sustain the planet.
Nature’s beneficial effects on human health have been well documented. One of the early studies indicating this point appeared in Science in 1984, in which geographer Roger Ulrich reported that hospital patients who stayed in rooms overlooking a small stand of trees while recovering from gallbladder removal displayed quicker signs of recovery than those whose windows looked out onto a brick wall. Thirty-five years later, Science published a review (Bratman et al, 2019, including 273 references) examining the mental health value of experiencing nature. This indicates how far interest in the effect of nature on human mental health and physical well-being has come in the past few decades.
While scientific studies are important, most of us have more direct experiences of the restorative value of Mother Nature. Whether it be views of a mountain, an expanse of ocean or simply our own back yard, many of us have our own physical places which exemplify beauty, peace and security, and which restore our spirits at the end of a stressful day. For example, the mountains above Greyton in South Africa, where our partners at the Greyton Farm Animal Sanctuary are located, provide a gorgeous backdrop to the community and many opportunities to hike into and immerse oneself in a “forest bathing” experience.
The idea that specific places have restorative energies has been with humankind for millennia. The photographer Martin Gray has been visiting and photographing sacred sites for over 30 years and created the World Pilgrimage Guide website in 1997. He has now visited and photographed more than 1,500 of these sites to gather evidence showing that human cultures have for centuries “recognized the Earth to be a sacred being worthy of deep respect and gentle treatment.” He was intrigued by the tales of miraculous phenomena occurring at these holy sites and concluded that a “growing body of evidence indicates that there is indeed a density of holiness that saturates the locality” of these sites, and that this energy contributes to a wide variety of human beneficial experiences.
Dr. Nanditha Krishna, the Director of the respected CPR Environmental Education Center (CPREEC) and the spouse of one of WBI’s Board members, is another person who has taken an interest in sacred sites. She has produced several scholarly works on India’s sacred plants and animals and the roles they play in Hinduism, which expects its followers to view themselves as an interdependent part of the surrounding world, in addition to having supported the restoration of over 50 sacred groves. Nobody had tried such a restoration in 1993 when she forged an agreement with the village of Paavupattu in Tamil Nadu to protect the newly planted grove and prevent animals from grazing there.
Despite the lack of fencing, the grove survived. It has since grown from under one hectare to 150 hectares of forest that is now full of wild animals. CPREEC has now restored a further 52 groves since the first one.
We can all applaud the restoration of sacred sites around the world that support flora and fauna. But let us also take what steps we can as individuals to plant trees and provide homes for wild animals and plants as valentines to Mother Nature.