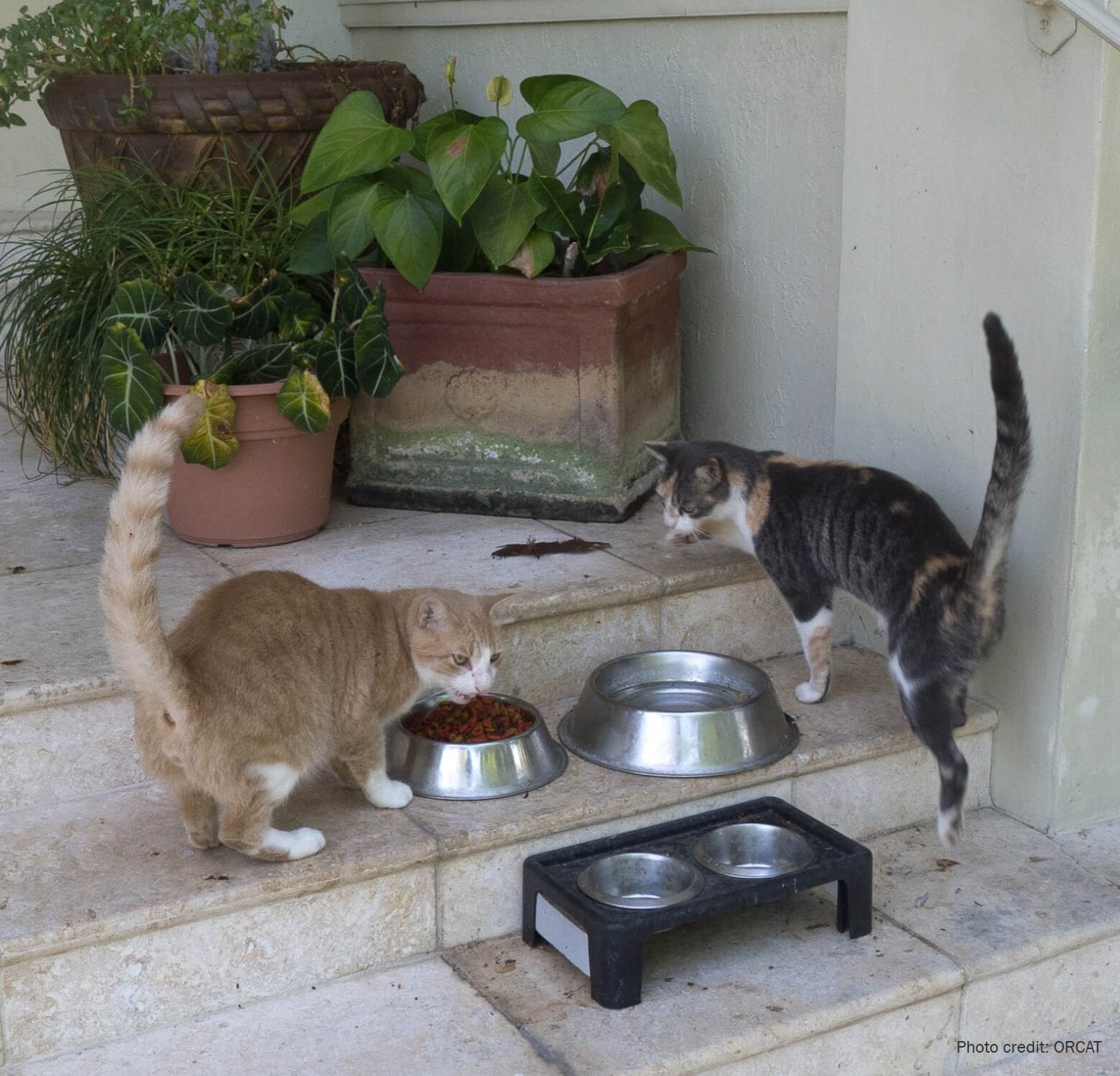 Outdoor cats can be a challenge for people and wildlife, especially on islands and in areas with sensitive wildlife, such as the Florida Keys. Solutions are often elusive due to varied community interests, lack of resources and conflicts between wildlife biologists and animal activists.
But the Ocean Reef Community Association (ORCAT)’s trap-neuter-release (TNR) project has overcome these obstacles. It continues to demonstrate how community stakeholders can work together to implement humane management approaches that produce positive long-term outcomes for People, Animals and the Environment (PAE, which is the WellBeing International triad).
It all began when Alan Litman of Pittsburgh, who is a part-time resident of the upscale Ocean Reef community on Key Largo, would not accept trap-and-kill approach, which was then considered the standard method to manage an outdoor cat population that had become a nuisance to some residents. So, with the support of the Ocean Reef Community Association, its employee Susan Hershey and other founders, Litman established ORCAT in the early 1990s to manage local outdoor cats with TNR (trap-neuter-return). 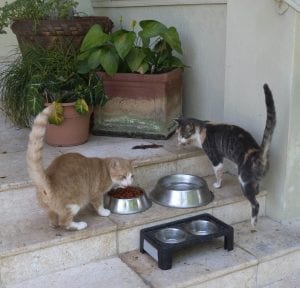 Two of the last remaining outdoor cats hunting for their “prey” at an ORCAT feeding station.

The idea was that if enough cats were trapped and sterilized, then the population would eventually stabilize and decline. In Hershey’s first count of outdoor cats in 1995, she stopped counting when she reached 1,900(!). The cat population is now down to around 200 cats. Amazing results!
Hershey is still running ORCAT, though Litman died in 2004. Meanwhile, the project’s humane approach has been and continues to be a tremendous success according to many animal advocates and the Ocean Reef community.
The accepted history of the Ocean Reef community says that the cats all derived from five intact animals brought to the island by a groundsman in the 1960s to control a rat problem. By 1989, there were so many cats that the community proposed a cat cull.
But Litman, who remembered reading about TNR, persuaded the community association to try TNR. With Hershey’s assistance, they established ORCAT, found funds for a veterinarian and launched the project. Five hundred cats were trapped and sterilized in the first year alone.
There are several underlying reasons for the project’s success. First, one must credit Litman’s vision and leadership along with Hershey’s continuity and energy. Tapping into the wealth of the Ocean Reef community helped, as well. Hershey’s consistency with conducting cat counts, establishing feeding stations, tracking cat outcomes and building relationships with donors have all also been very important. Her efforts mean that census records are comparable from one census to the next and that potential donors trusted the organization because of its stability.
In 2006, a donor funded the construction of the Grayvik Center to house a veterinary clinic providing spay/neuter for the outdoor cats as well as other animals in the community. The center also offers a grooming center and permanent residence for around 100 cats who, for one reason or another, can no longer be permitted to roam freely.
Today, after more than 25 years of continuous operation, ORCAT has an annual budget of $857,000, has net assets of around $1 million and receives 3,000 visitors a year. Because the outdoor cat population has been reduced by approximately 90%, wildlife has presumably also benefited, and this has provided another positive outcome for the project. 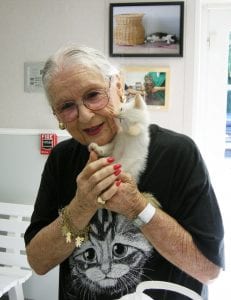 Wildlife biologists are still criticizing the ORCAT solution, so it is incumbent on ORCAT to continue evolving to address new challenges. For example, U.S. Fish and Wildlife Service (USFWS) employees object to feeding outdoor cats in Ocean Reef because, they argue, the food attracts other animals, including novel potential woodrat predators like exotic pythons and the Tegu lizard from South America.
Wildlife protection was also important to Litman. In addition to loving cats, he was a concerned environmentalist with a special interest in the American crocodile. The Florida Keys offers significant natural habitat and Litman was a strong supporter of protecting natural areas—in particular, those areas populated by these crocodiles. He was a strong advocate for the Crocodile Lake National Wildlife Refuge on Key Largo, which is home to not only some of the few remaining American crocodiles, but also the endangered Key Largo woodrat.
All ORCAT cats are microchipped when they are sterilized. The microchipping permits a more detailed examination of the cats’ specific impact. In the past few years, the USFWS has trapped and returned just three ORCAT cats who were caught in the national refuge.
While conflicts between wildlife and cat advocates will surely continue, ORCAT has been responsible for a 90% reduction in the local outdoor cat population during the 25 years since 1995—and that has to be considered a great improvement by all interested parties on Key Largo.
Print page